The Company’s Carlingup Project includes five currently known nickel sulphide deposits at RAV1, RAV4, RAV4 West, RAV5 and RAV8 spread along over 10 kilometres of strike length. These deposits contain shallow mineralisation open in most directions with an inferred resource at RAV8 of 13.2 million tonnes at 0.6% Ni for 75,100 tonnes of Ni and a combined exploration target at RAV1, RAV4 and RAV4 West of 300,000 tonnes at 0.9% Ni for 2,800 tonnes of Ni to 9,800,000 tonnes at 0.4% Ni for 41,200 tonnes of Ni. These exploration targets are based on information that is conceptual in nature noting that there has been insufficient exploration to estimate a mineral resource and that it is not certain if further exploration will result in the estimation of a mineral resource.

In addition, the Company’s John Ellis laterite nickel deposit contains 16.0 million tonnes at 0.56% Ni for 90,300 tonnes of Ni. Importantly the historical high grade RAV8 nickel mine which produced 16,100 tonnes of nickel at 3.45% demonstrates the potential for finding high-grade massive sulphide mineralisation at all the known deposits and virgin blind deposits yet to be discovered.

We are optimistic about the exploration potential of our tenements and have set a target of proving up a significant total resource of contained nickel in the coming years which will provide a solid foundation for future mining operations. 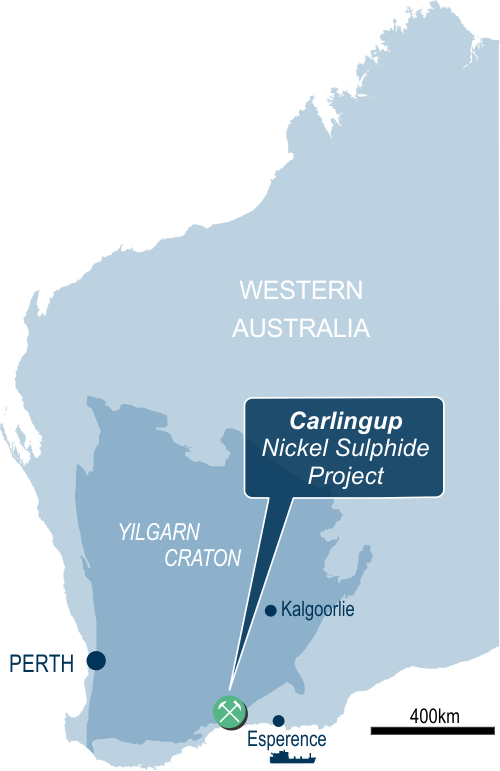 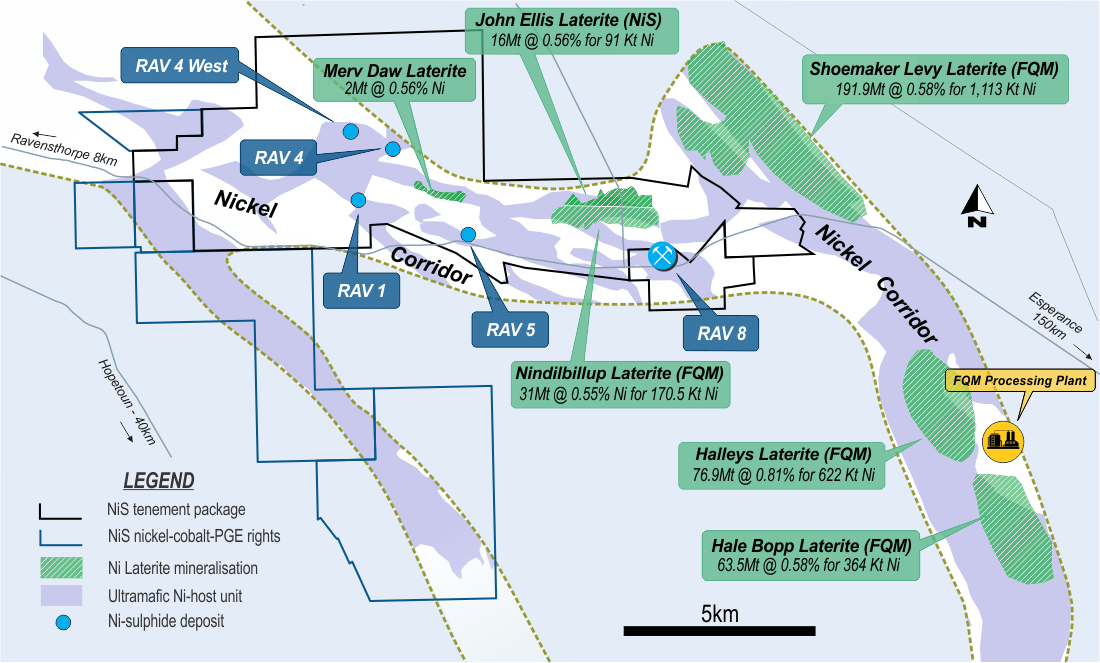 The Carlingup Project is located approximately 500km south-east of Perth and encompasses belt scale coverage of the known prospective nickel terrain within the Ravensthorpe Greenstone Belt. This belt occurs on the southern margin of the Archaean Yilgarn Craton and is approximately 100km south of the Forrestania Greenstone Belt which hosts Western Areas Ltd’s existing nickel mining operations.

The Ravensthorpe Greenstone Belt has the same nickel mineralisation endowment as Forrestania and other greenstone belts, including a historical nickel sulphide mine at RAV8 and the adjacent laterite mine at Ravensthorpe Nickel Operation (RNO). Through the circumstances of its exploration history, and due to the past focus on the Eastern Goldfields and the Kambalda nickel operations and its relatively isolated position, the Ravensthorpe area has remained one of the least explored of all the Archean greenstone belts for nickel sulphides. 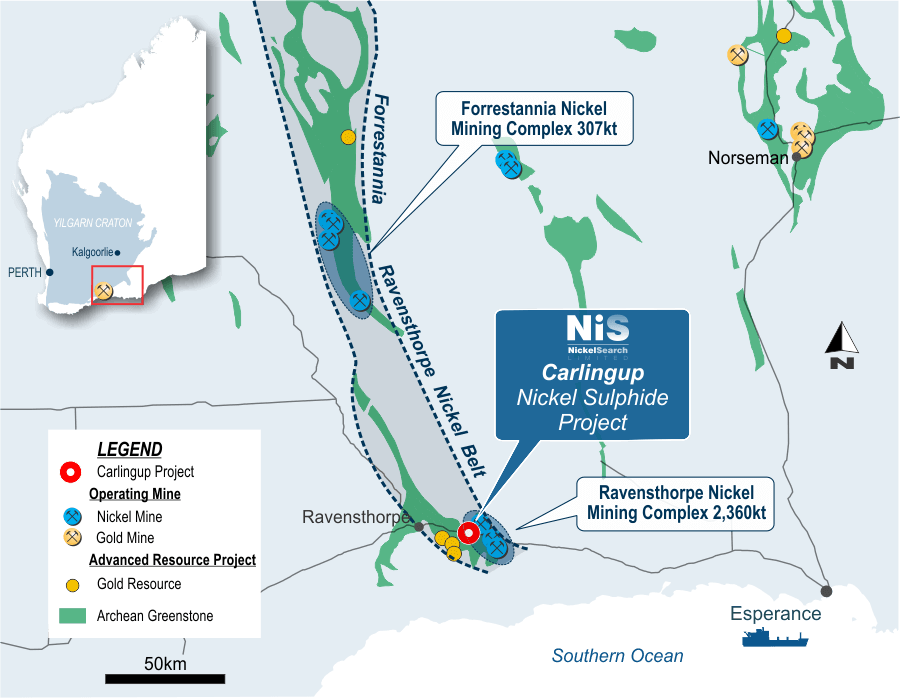 The Company’s immediate objective is to increase the current Inferred resources through a combination of:

Whilst there can be no assurances that exploration activities will result in an increase in mineral resources, the Company is optimistic, based on the historical drilling results at the brownfield targets and the general exploration prospectivity of the Carlingup Project, that this objective can be achieved.

**  Information relating to the Mineral Resources for the John Ellis laterite deposit has been compiled by Mr. Andrew Weeks, Principal of 2020 Resources Pty Ltd and a Fellow of the Australian Institute of Mining and Metallurgy. The Mineral Resource estimate is reported in accordance with the JORC Code (2012). One processing route that the Company will investigate is the joint processing of its lateritic and sulphide deposits. 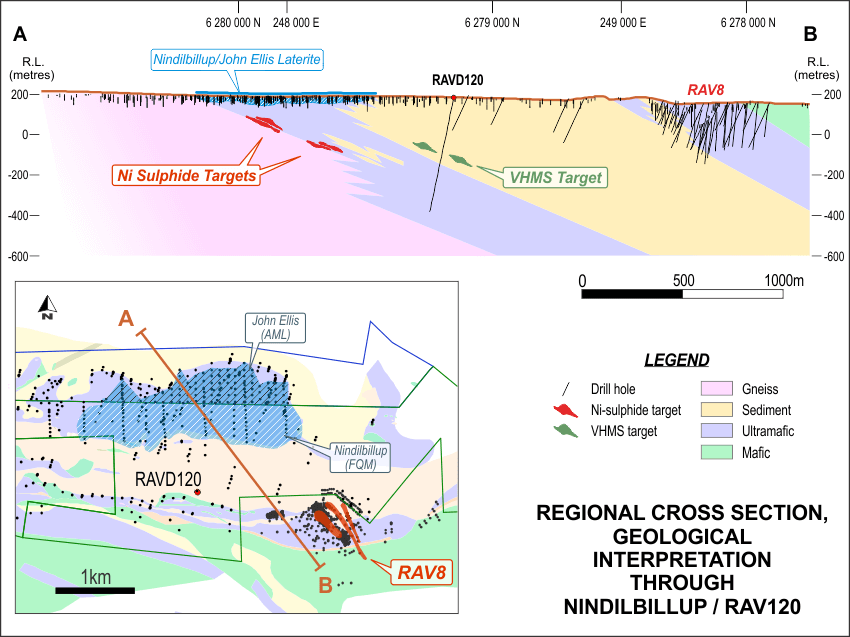 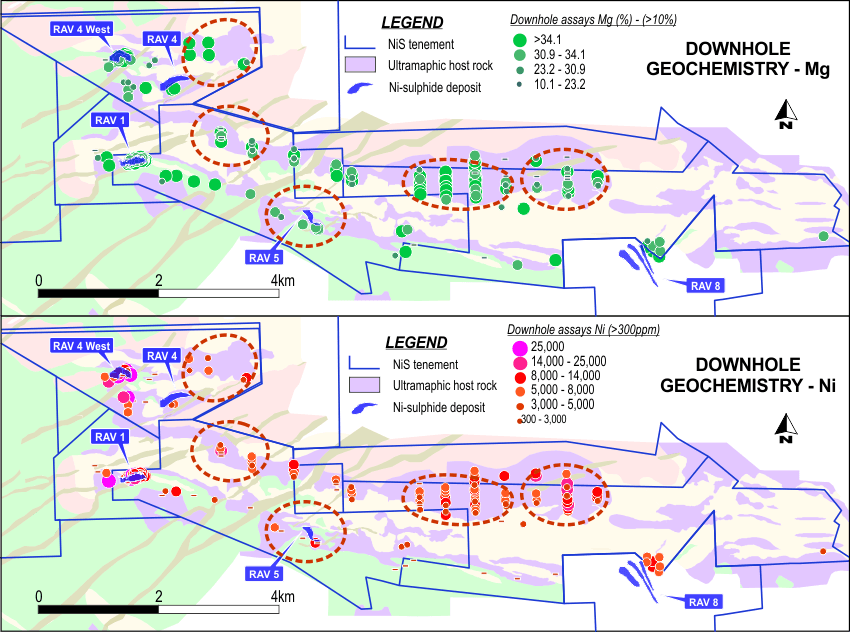 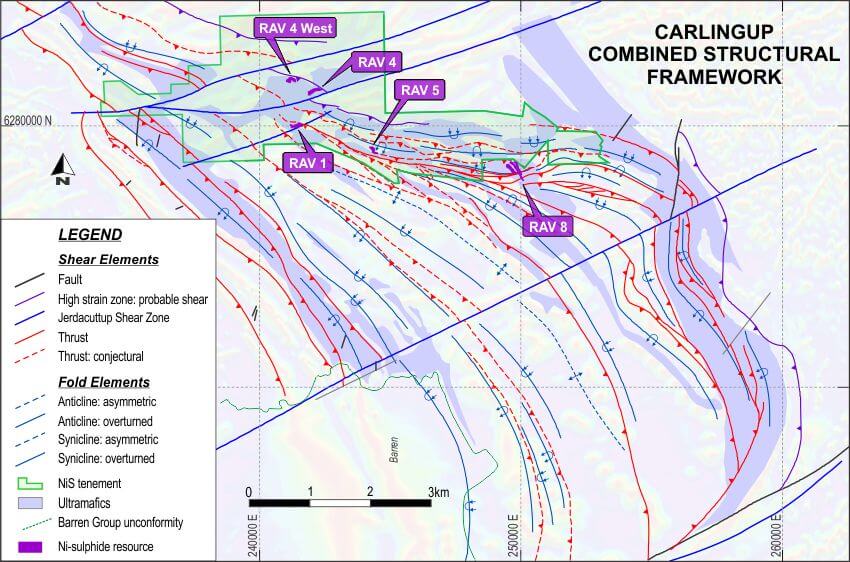 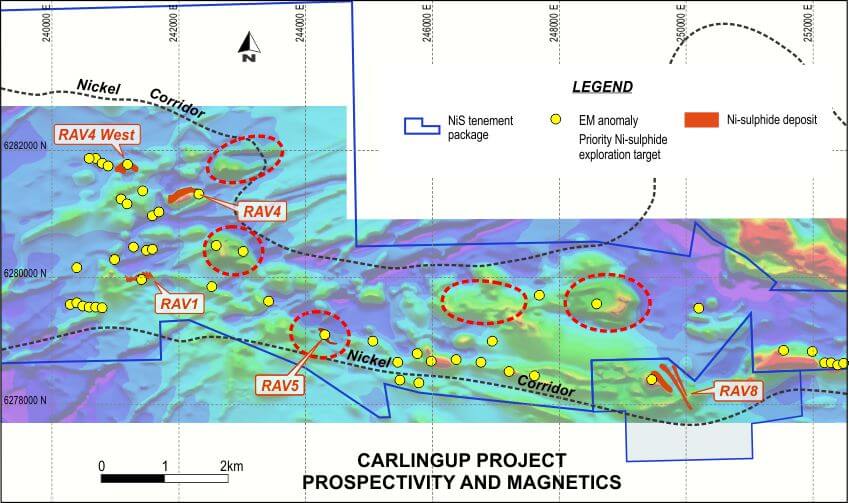 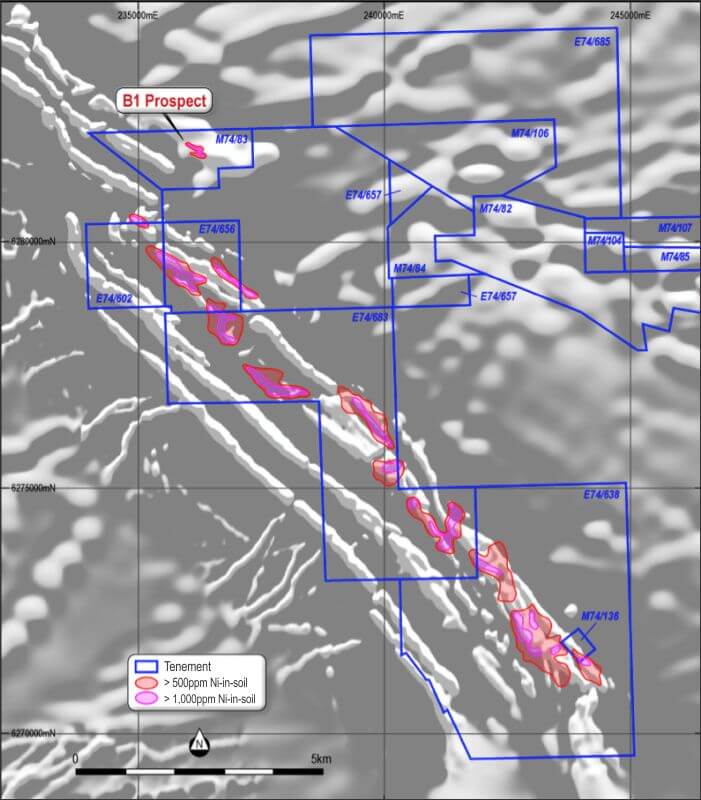 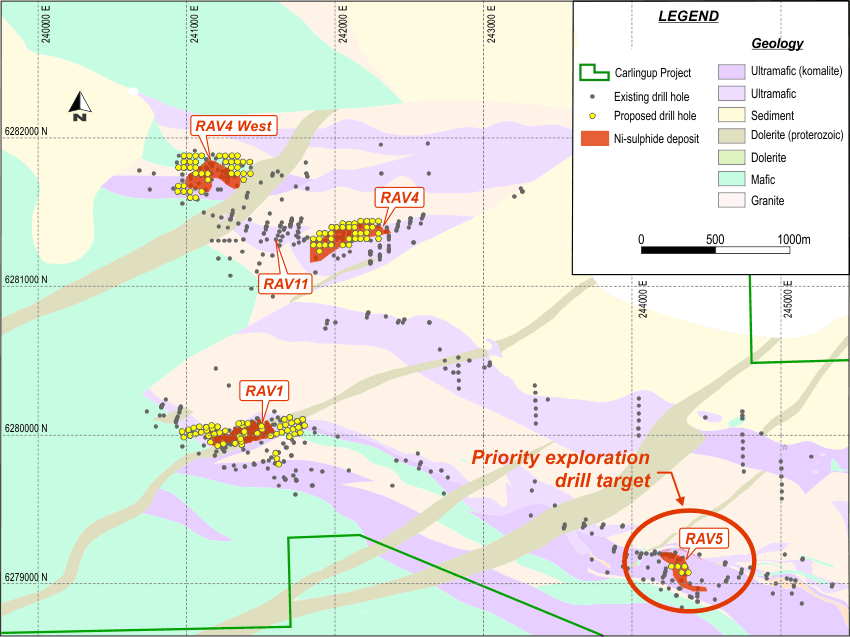 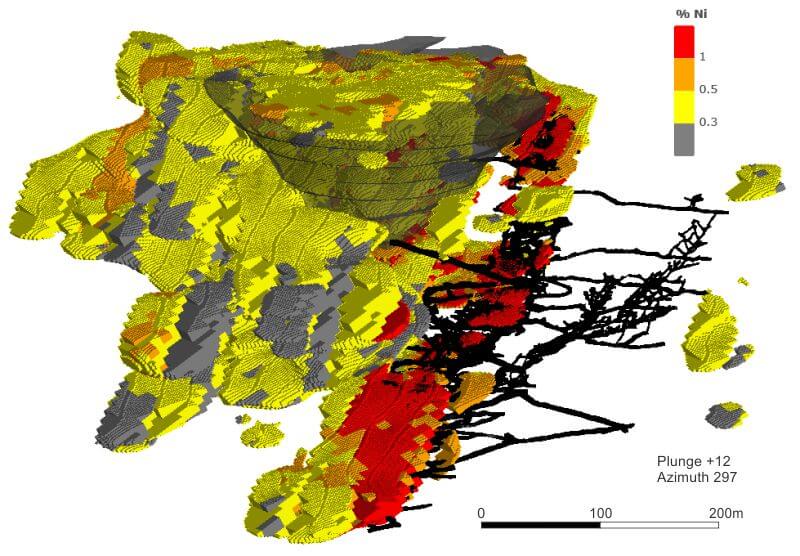 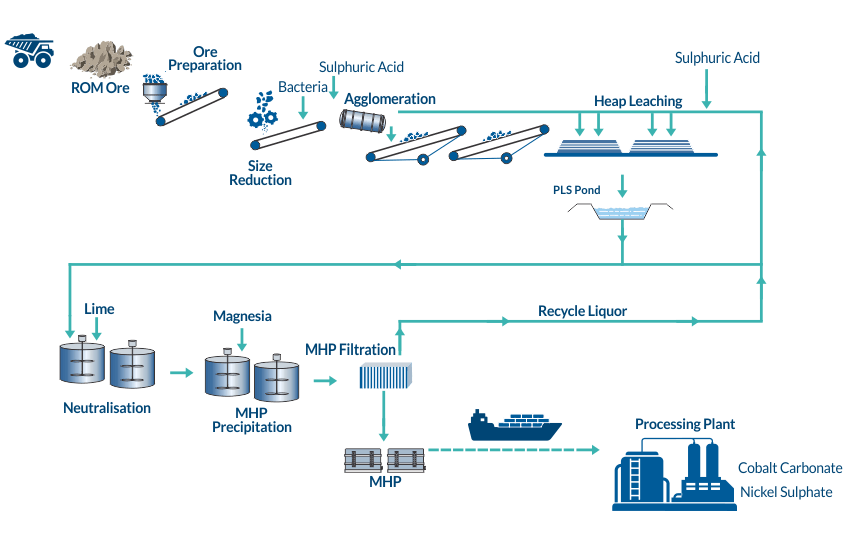 Subscribe here to NickelSearch's email news and receive all the Company's latest announcements.